Refugee crisis: A network of care

I discovered my part in the body of refugee work as an intern with Human Rights First, then known as the Lawyers’ Committee for Human Rights, in Washington, DC. The internship had been arranged for me by the American Studies Program, a program of the Council for Christian Colleges and Universities that seeks to connect students to institutions impacting issues in public policy and strategic communication. As part of my internship, I was asked to conduct research for an asylum case. I was sorting through paperwork and organizing some documents when I stumbled across a file on Sierra Leone. What I found in that file changed me.

I saw pictures of women and children with stumps for limbs. Under one picture was a caption: “I had to bury my own hand.” As that sank in, I came across another picture in the file, this one of a four-year-old boy, with a caption that read, “A family’s only survivor.”

That picture was part of an article that told of how the boy had been at home with sixteen members of his family when rebels attacked, accusing them of backing the government. This little boy was shot in the arm. Everyone else in his family was killed. Sometime later, a nurse came to clear the home of dead bodies. She heard whimpering coming from under one of the bodies and moved it to find this little boy lying in a fetal position. As the only survivor, the boy had to identify the bodies of his family, including his father. The article noted that he was so traumatized by the incident that he didn’t speak or eat for weeks.

It was the image of this little boy in his soccer T-shirt and sweatpants that first made war real to me. I remember thinking, “I have to do something.” My twenty-one-year-old self-wanted to fly to Sierra Leone to save him, to bring him home with me and care for him myself. But just a few weeks later, I was led in another direction, one that has given me the opportunity to care for countless little boys – and mothers and fathers and families. I attended an ecumenical conference and was seated next to an elderly Presbyterian couple. I told them about this little boy and my conviction to do something to help people like him. They told me about their church’s experience with refugee resettlement. And just like that, I knew what I wanted to do with my life. 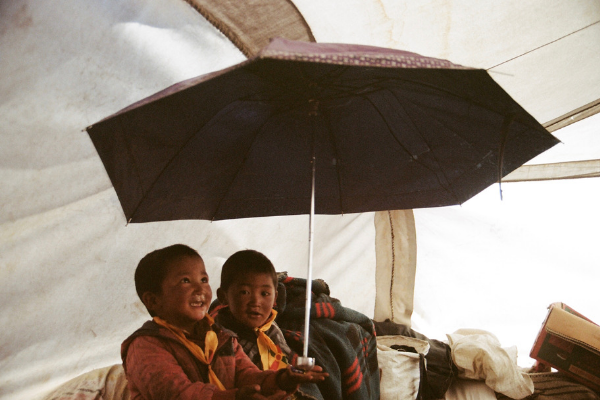 Fewer than one percent of the world’s refugee population will have the opportunity to resettle in a third country (their home country counting as the first; the country to which they fled counting as the second) like the United States. This is due to the small number of countries that take part in the United Nations High Commissioner for Refugees (UNHCR) resettlement program, as well as the very limited number of resettlement slots made available by these countries. Of those participating in UNHCR’s resettlement program, the United States, Canada, Australia, and certain Nordic countries accept the largest number of refugees, and while this should be a great source of pride for these countries, it is important to note that the numbers they accept are only a fraction of those being hosted by (in contrast to being resettled in) countries such as Turkey (2.9 million), Pakistan (1.4 million), and Lebanon (1.1 million). The international effort to coordinate the movement of millions and millions of people – often without the benefit of clear communication or transportation resources – is nothing short of astonishing.

By now, you’ve read enough to know that refugees are those who have been forced from their home country due to a fear of persecution based on their race, religion, national origin, political opinion, or membership in a particular social group. You know that refugee status is typically conferred by the UNHCR, the largest refugee-serving agency in the world. And you know that this process can be a long one, due in part to UNHCR’s limited resources. Now present in 130 countries, the UNHCR works in partnership with several hundred non-government organizations around the world to provide protection and relief to refugees well before they are able to be resettled. These organizations – both those that work with refugees in-country and those that work in the countries that accept them for resettlement – serve as the backbone of the world’s response to the refugee crisis.

This is an excerpt from the Dialogues On: The Refugee Crisis Learner Book and written by Sarah Krause, MS. Interested in reading more? Get your copy here for only $9.99!