Reconnecting with lost youth: Why bother?

This is the first of a three-part series for leaders about starting the new year with a fresh start for youth ministry. In today’s post, we’ll be talking about reaching out to youth who haven’t come to church in a while and the theological implications of seeking out kids who have stopped participating in your church’s ministry.

“You should run – not walk – RUN to those Anderson boys. We need them back at church.”

This was the first thing Suzy said to me. It was my second day on the job. I hadn’t even been issued a set of keys or filled out a W-9, but I had my marching orders.

Suzy was a prominent member of the congregation, which meant her top priority was about to become my top priority. She had been Barry Anderson’s confirmation mentor a few years earlier. Suzy did all the things mentors are supposed to do: she engaged with him in regular Bible study; she took him to a baseball game; they went out for ice cream; she got him a birthday gift; and she came to his confirmation reception.

Suzy was a fabulous mentor. But, that wasn’t enough to keep Barry coming to church.

Suzy was crestfallen. She called his house, but Barry never called back.

She heard that he had started hanging out with kids who smoked pot after school.

Concerned with his well-being, she reached out to his parents, who responded with a shoulder shrug and something about “kids these days.”

She implored the pastors to do something about it, but they struck out.

Disgruntled and discouraged, Suzy got herself on the hiring committee for the new youth minister.

”Surely,“ she thought, ”the new hire would possess the magical ability to get Barry (and the dozens of other Barrys who never returned after confirmation) back to church – someone who would run, not walk, to these teens and help them find their way home.”

What’s a youth minister to do about Suzys and Barrys? 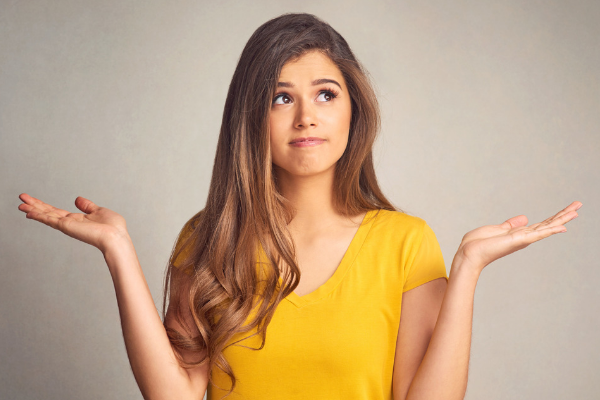 Rarely will youth workers be handed official documents instructing them to reclaim the lost youth. But that doesn’t mean the Suzys in each congregation (and there are dozens of Suzys!) think youth workers aren’t responsible for getting the Barrys back to church.

There are fewer teenagers in church than in previous generations, and there are plenty of people in your congregation who think it’s the youth minister’s job to get them back.

The 15th chapter of Luke is sometimes called the “Lost Chapter” because it contains the parables of the lost sheep, lost coin, and prodigal son. It’s common – and probably reasonable – for church leaders to use Luke 15 as the scriptural argument for why church leaders bear the burden of reconnecting with those who have strayed from church.

The shepherd leaves the other 99 sheep behind to find the one who wandered off. The woman with 10 coins sweeps the house to find the one she lost. The father runs out to meet the son who was lost but now is found.

These parables of Jesus from the Gospel of Luke are certainly inspiring, but do they provide a road map for youth ministers who are compelled to reconnect with youth who have gone astray? Or, is it merely a lens through which we understand the persistent nature of a loving God, and nothing more?

Does Jesus teach that we are obligated to seek out the lost, or is he letting us know that God’s got them covered in the afterlife so we shouldn’t worry about them?

I’ve spent over 15 years wrestling with these questions. More often than not, I come to the conclusion that seeking out those who have gone astray isn’t a total waste of time.

In the second blog post in this series Erik will share some ideas for how to faithfully reach out to kids who have stopped coming to church without compromising your other ministry priorities.

In the meantime, join the discussion below: tell us what you do about the lost youth in your church.

Erik Ullestad is a certified youth minister with 20 years of congregational experience. He's served on a variety of national boards, spoken at youth conferences, and contributed to more than a dozen youth ministry resources. He lives in Iowa with his wife and three teenage children.