“Shh . . . there are muggles over there; we don’t want them to see us” has been a strangely familiar phrase in my family since the early 2000s. Contrary to what you might be thinking, none of us enjoy pretending to be characters from Harry Potter—a literary world where “muggle” is a term ascribed to non-magical people. Our use of the word, however, does mean something similar, insofar as “muggles” are also people who don’t know about or engage in something—in our case, the activity of letterboxing. If you don’t know what letterboxing is, the good news is I’m about to tell you. The bad news is, in this very moment, you are, in fact, a muggle.

Letterboxing has a rich history that dates back to 1854 in Dartmoor, Devon, England. Those who hiked the moors (the uncultivated hill lands of south west England) would locate a hidden box and leave letters to be mailed. When the box was discovered by the next hiker, the letters would be posted. Because the letterboxes were often in remote hidden locations, weeks or months could go by before they would be found again. 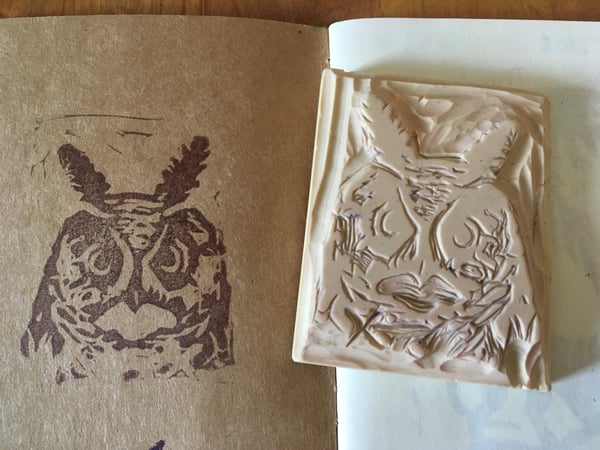 Letterboxers use stamps to record the boxes they have visited.

Since that time, letterboxing has grown into an international sub-culture, embraced by thousands of people around the globe. Not only is letterboxing a fun, scavenger hunt–style adventure (that only muggles don’t like), it’s a smallish group activity (which is perfect during a COVID era) that encourages all participants to collectively find the treasure together. In this way, letterboxing is an ideal intergenerational activity (provided you’re not dragging older folks though rough terrain). Also, letterboxes are often hidden in an outdoor location, offering ample opportunity for participants to be outside where they can experience nature, breathe fresh air, and get a little exercise hunting for the box.

Rev. Jason Brian Santos, Ph.D. is the pastor of Community Presbyterian Church, a small mountain congregation located in Lake City, CO. He’s an ordained teaching elder in the Presbyterian Church (USA) and for the last five years he served as the national director for Christian Formation for the PC(USA). He holds a Ph.D. in practical theology from Princeton Theological Seminary, where he also earned his Masters of Divinity. He is the author of A Community Called Taizé (IVP, 2008). He currently resides in an almost 150-year-old historic church manse in Lake City, with his wife, Shannon, and his two sons, Judah and Silas (aka Tutu). In his spare time, he plays and designs board games.