Youth ministry in the age of science

We all know that youth ministry is a jumble of fun, not-so-fun, and just plain challenging interactions. In the 21st century, the intersection of science and faith has evolved (see what we did there?) into one of the more complicated points of discussion for middle- and high-school-aged students.

Author and renowned expert on adolescent spirituality Andrew Root believes that’s all the more reason to talk about it. In his new book, “Exploding Stars, Dead Dinosaurs, and Zombies,” published by our sister imprint, Fortress Press, Root discusses the intersection of science and faith and their claims on truth. And he addresses how those narratives frame the experience and reality of adolescent.

In our Q&A with Andrew Root, we discussed Root’s inspiration for the book and history with the topic, his writing process, and his claim that science and faith are not incompatible. Read on to hear what he had to say!

The book is part of a larger grant called Science for Youth Ministry. The whole project looks at how the faith and science conversation hasn’t made its way into protestant youth ministries. I’ve been interested throughout my career in talking about our lived experience, particularly with young people … and if youth ministry is more than just fun and games or religious socialization.

So, one of the things that drew me to the grant overall, and then to write this book, was to front the question of how our belief in a personal God gets challenged by supposed senses of science in the world.

Q: Have you always believed science and faith are compatible? Describe your own journey exploring these topics and their relation to one another.

Like a lot of youth workers, I probably didn’t think about this as much as I should have. I was someone who thought, Of course they could be related, but I wasn’t sure how. And one of the things that happened throughout the grant project that then birthed this book was that we [conducted] research with young people and youth pastors. And one fascinating thing we discovered as we interviewed [them] was that overwhelmingly youth pastors thought there was a conflict between faith and science, and their young people didn’t see a conflict at all.

But sometimes science gets overtaken by people who try to push a different perspective that says science is a whole life philosophy. That science can answer all questions. That science is kind of the liberated, mature position. I’m trying to show in Part One of the book particularly that that’s a dead end. Young people usually are working with theories in physics and psychology, but they can see how that opens them up to mystery and deeper questions. 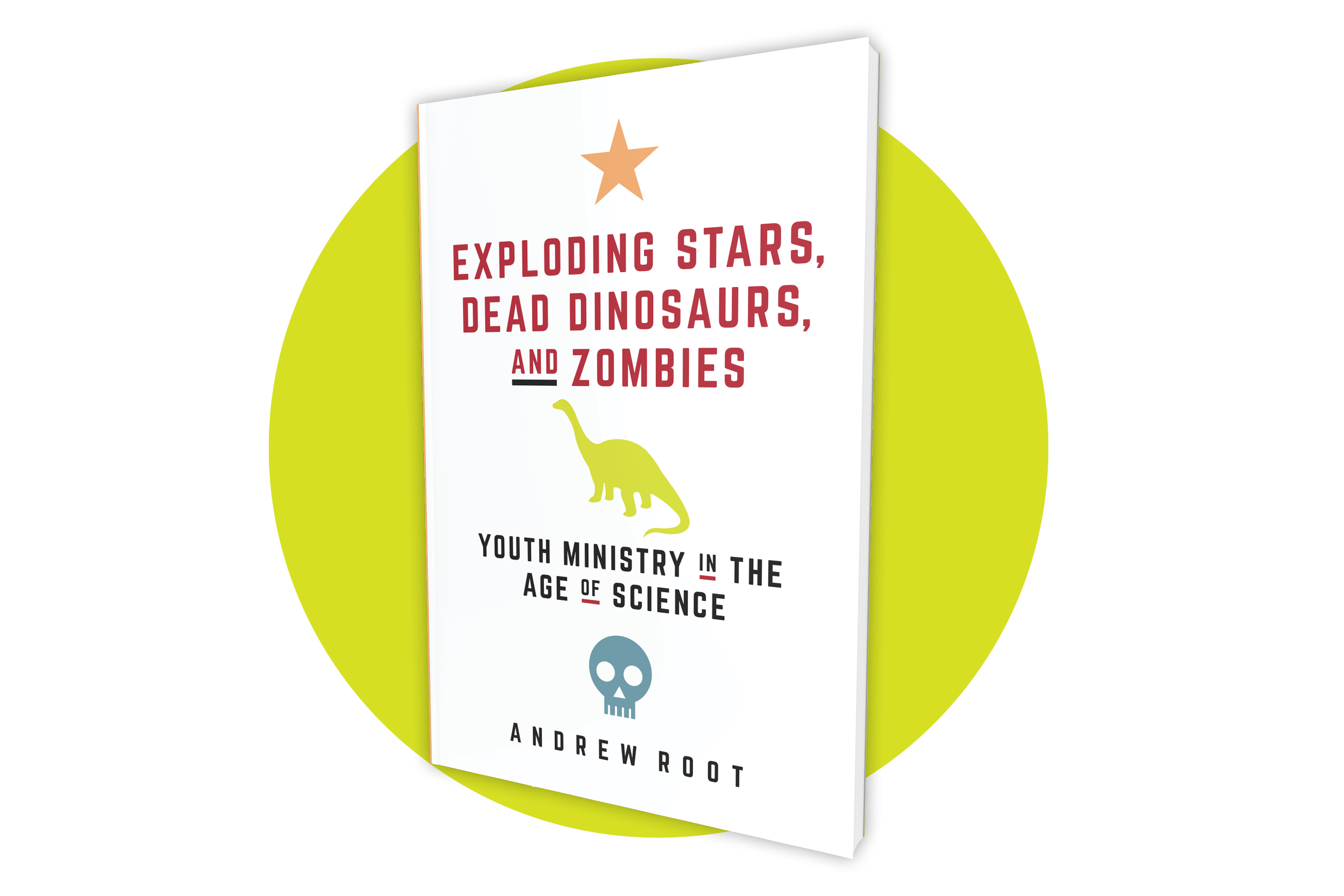 Q: What other topics do you see as a threat to teenage faith? What is the relationship between those topics and science vs. faith opposition?

I have a concern that when we talk about faith, we actually mean winning young people’s commitment to religious institutions. And that youth ministries are really there to help keep churches from declining. Or to be reproducing members. That’s a problem.

And that’s why this book fits within the rest of my work, which has tried to push past that and see that it’s the encounter with the living God that’s most central to what youth ministry is about. This book picks pushes us beyond a generic view of faith to something deeper; what it means in our cultural time and context to encounter a living God.

One of the ways I got about that in the book was [by writing it] as a narrative. I was inspired by one of Galileo’s first books. He wrote it as a narrative. That actually got him in trouble because he had a character named “Simpleton,” and he put the pope’s opposition to his view about the universe in Simpleton’s mouth. But inspired by Galileo, I tried to write this as a narrative too. So, I have a youth worker named Jared. And he has encounters with young people who have these big scientific questions. It’s really young people’s questions about God that become central. Questions about how they can believe. How they can trust that God is all-loving or all-knowing when the universe is this large. How God can be good when know that there’s mass extinctions through evolution.

So, ultimately, I think what’s a danger to young people’s faith is our inability to wrestle with the reality next to claims and imaginative perspectives about how God acts in the world.

Q: Did anything come up during the writing process that surprised you?

One of the things that I was really surprised about was how much the story of the breakthroughs of scientific discoveries throughout the last few hundred years are really deep narratives. I got interested in the story of Einstein. I got interested in the unique parallels in history—like the year Galileo died was the year that Newton was born. Mysterious historical connections.

That continued to push me to the fact that to be a human being is to be embedded in a story. And faith and science is a story in and of itself. These are two distinct stories, but stories that have certain overlaps. These stories are really rich. And so, I hope the reader really finds rich stories. The story of Jared—an homage to Galileo—but also stories about Einstein, stories about Darwin … there are stories throughout this book that bring science to life.

Maybe another big takeaway was reading a lot about Darwin and discovering that Darwin was essentially a seminary student. He was training for the ministry. We tend to think of Darwin as the lovechild of Hannibal Lecter and Darth Vader somehow. Like he was after destroying faith. But that’s just not true. Darwin was someone who trained for the ministry, and had his heart broken when his daughter died. He stopped going to church not because of his theory of evolution but because of his broken heart. So, the story of Darwin surprised me along the way. But all of the stories were really rich. That narrative base surprised me.

Q: How do you hope “Exploding Stars” will impact youth ministry programs?

I hope what it does, and what we hope the whole grant does, is move the discussion of faith and science up the scale of things that youth workers talk about. And there’s a lot of other resources that youth workers can find that can front this conversation for them.

Coming out very soon, there’s going to be two videos that you can use in your youth group that are going to be directly connected to this book. There’s also another partially animated video curriculum we did called “A Cosmic Adventure Through Science & Faith,” with Paul Wallace, who’s also a Fortress Press author.

So, I hope that what this book does is inspire the imagination of youth workers. And get them to look for those other resources that we’ve created and use those in their youth ministries. But at the end of the day my biggest hope is that this becomes another imaginative trail that leads youth workers to feeling more equipped and feeling more inspired to talk about the living presence of God in young people’s lives.

Dr. Andrew Root is the Carrie Olson Baalson Professor of Youth and Family Ministry at Luther Seminary. He writes and researches in areas of theology and youth ministry.  His most recent books are "Exploding Stars, Dead Dinosaurs, and Zombies: Youth Ministry in the Age of Science" (Fortress Press, 2018), "The Grace of Dogs" (Convergent, 2017), and "Faith Formation in a Secular Age" (Baker, 2017).