How to make adoptive parents feel valued in your faith community

We brought our daughter home from China after two intensive weeks of filling out paperwork, a crash-course in parenting, and international travel.  Jane was 14 months old. A bright child, she could already speak a few words of Cantonese and clearly understood when a caregiver from the orphanage pointed at my husband and I, bluntly clarifying: "Mommy. Daddy."

While some other toddlers in our adoption group screamed with fear and rage at the abrupt transition, our daughter clung to the yellow and green sippy cups we brought, emblems of her new life, and remained cautiously optimistic. She only screamed when we tried to put her to sleep in a crib, and that was understandable. She had been taken from a room of lonely cribs.

It can be a hard thing to dwell on; their separate past. Whenever you adopt a child – whether it's a private adoption here in the U.S., an overseas process, or taking a child from the foster care system – that is the thing you come up against. You're a family, but you didn't start the journey together, and there is nothing you can do to make up for it.

At the beginning of my trip to mainland China, I shared a train compartment with two parents and their daughter, a girl who ate snacks and tried to look at anything in the room but us, the foreigners. The express train went from Hong Kong up the Pearl River Valley and finally stopped at Shamian Island, Guangzhou. There was a lot to see on that short ride. Men tearing down the remnants of a tower, from the top down, with hand-held tools. Huge, cement-boned apartment complexes, laundry flapping on the windowsills. The neon lights of the casinos on the other side of the river.

This hectic, unimaginable place is where my daughter would have grown up. She is about the same age now as the girl from the train compartment. But, instead of a traditional Chinese daughter, Jane is the typical spoiled American teenager; on her devices much too often and living for the day she gets her driver's license. With some professional help, and a lot of patience, I made it to her middle school graduation. And that feels great.

Still, there were many times that I felt alone. I wanted the people around me to understand what I was going through, but I didn't want to be "that parent" with the stories. If you have adoptive parents in your ministry, chances are they have similar feelings. Here are some things you can do to really make a difference.

Listen to the family's experience: Don't "normalize" it

The one thing I wish is that people had listened to me more. Having an internationally adopted child made our family's decision public in a way that other adoptions weren't.

Obviously, the little Asian girl racing around the store was not my biological child. But a lot of people didn't push to know more about why I chose to adopt or what particular challenges I was facing. They may have had questions but felt uncomfortable or shy asking them. And that's too bad. It would have helped me to know that other people were interested.

Another thing I ran into as an adoptive parent was the rush to "normalize" an experience. If my daughter acted anxious, for instance, other mothers were quick to tell me how developmentally "normal" that was. But some of what we dealt with wasn't normal. My daughter had a mild attachment disorder, and her anxiety was over the top. We needed professional help and a lot of patience to help her to develop the coping strategies that she needed to deal with stress.

Acknowledgement of problems connected to the adoption, and a willingness to hear and absorb the experience parents are having, are precious gifts to adoptive parents. They make us feel heard and validated. We realize we will get through the hard times just like other parents have. 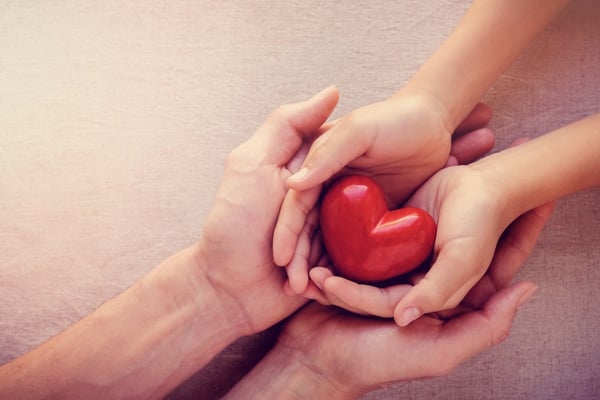 Having an adopted child in your faith community provides a natural way to celebrate cultural differences as long as you don't end up making the kids in question feel singled out.

For instance, in Asian culture, one of the big celebrations is the Moon Festival. During that celebration, you burn wishes on a small float that you set adrift in a body of water. It's a beautiful ritual that children of all faiths can appreciate. Even something as small as noticing that not all mothers gave birth to their children at Mother's Day is a thankful gesture.

You don't need to put an adopted child's culture on display. It's better to learn how to celebrate the native cultures of your adopted congregants in a natural way, as part of a broader pattern of inclusivity. This sends a message that all differences will be tolerated.

Provide a larger network of support

It's good to be connected. Whether you serve a large or small faith community, you can help the families in your ministry by developing a list of local, state, and national adoption resources. This can make a great service project for teenagers.

Educating your congregation about basic adoptive parenting issues is another excellent way to empower adoptive parents. Some issues you might want to learn more about include:

You can invite a local expert to speak on one of these topics, or you could even set up a lecture series devoted to adoptive parenting, a service your faith community could also extend to reach out to your broader community.

Valerie Fulton is a freelance writer and community college instructor whose blogs, articles, and web content have appeared in sites and publications as diverse as Movoto, the University of Tennessee, JumpbyDesign, and Peak Corporate Network. Drawing on her 30 years of experience in education, she is set to launch an academic summer camp for girls on her historical property in coastal Maine. She lives in Austin, Texas with her daughter and two standard poodles, Hazy and Astro.